Some flight schools own the aircraft, this is the ideal scenario - not only do you save money, but the aircraft is fully available to the school. You normally pay the amortisation included in the flight hour.

Other flight schools lease the aircraft from owner pilots and in return promise them aircraft maintenance management and some fee, and a ready-to-fly aircraft that should guarantee the pilot-owner will always have the machine ready on his time requirements during his small sortie, and still have the option to buy another aircraft of the same age after some time. For students in flight school, however, this is a rather big limitation consisting in the impossibility to fly if the owner decides to fly on holiday and this is almost always when the weather is good for a long time and would give intensive flying training. The other disadvantage is that you pay more for the rental of the aircraft outside of the normal amotization, which can be a significant component to the flight hour. The flight school has thus gotten out of paying the full purchase price or leasing the aircraft, and you are paying the cost of renting the aircraft unnecessarily.
The cost of training also depends on the aircraft used in the training. 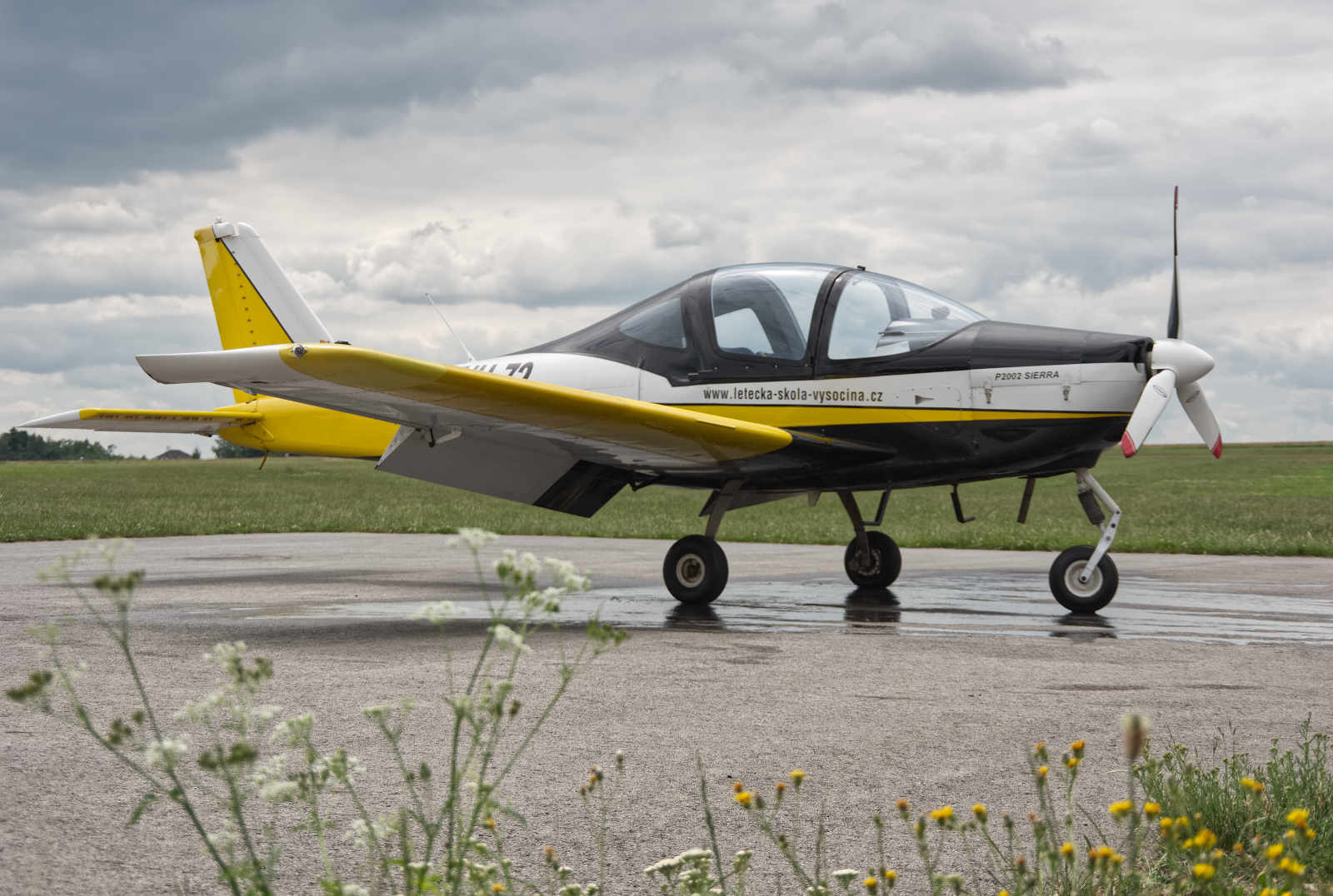 Also from the economic point of view it is important what aircraft in what age and condition the flight school has. This usually determines a significant part of the price of flight training.

An old two-seater aircraft with a simple metal propeller, outside all year round with a shabby and re-badged interior with the original equipment of the aircraft will give the appearance of a very cheap flight lesson, while the aircraft itself may be in good condition and periodically undergoing approved maintenance. It can be used for flying training too. You scrape off the icing and hurrah for the air... It's a matter of choice and the depth of your pocket.

A brand new "fragrance" - a lease-paid aircraft with state-of-the-art glass cockpit equipment and autopilot, retractable landing gear and adjustable propeller in flight hangared in a heated hangar with service will be in the highest possible amounts per flight hour. And in fairness to basic training it is rather less suitable for the complexity of the on-board training and the overall volume of tasks. Such aircraft are sometimes bought by instructor-owners, happy to finally have their dream aircraft, and then are surprised, along with their pilot training students, that neither the depreciation nor the flight hour comes out at an acceptable level, and hence the comfort on board. Knocking such an aircraft around during flight training takeoffs and landings is a mental torture for the owner-instructor that can be likened to self-flagellation.

A simple and complex aircraft.

A different aircraft is ideal for everyone, generally a simpler aircraft speeds up training and a more complex aircraft lengthens training. A more complex aircraft equals more expensive training, even by a third. With a more complex airplane, no one will let you fly solo flights as long as you forget to adjust the propeller, retract the landing gear, or retract the landing gear at too high a speed, forget to activate de-icing, deactivate the autopilot, fly over flap speeds with flaps extended, and so on. It won't let you fly even if you land like the best pilot.

So for basic training, solid, simple aircraft without unnecessary retractable landing gear and many other associated procedures and modes are more appropriate.

On the other hand, well-equipped and comfortable aircraft with retractable landing gear and autopilot, and certainly with an in-flight adjustable propeller, are more suitable for long cross-country flying. However, it is clear that the client must learn to use such an aircraft properly and must know all the procedures and regimes of the aircraft. If you know that you want to use a complex and fast aircraft later on and you are 100% convinced of it, then feel free to fly it even in basic training, the training will be longer, more expensive but you will be able to fly this type of aircraft. Then you shouldn't land with the close landing gear retracted - but who knows, it has happened many times!

Generally summarized: If you know yourself that you can tolerate less mental workload in a short time - choose a simple plane in a complex one you would struggle a lot and probably not finish the training which would be a pity. Later, when you gain some experience and skills, you can more easily retrain to a complex plane and it is no bad thing to continue gradually, on the contrary, it allows you to enjoy the beauty of the surroundings, nature and training.
Good aircraft are slightly less important for training than a good instructor, but some aircraft are better suited for training and some less so, or not at all.

Good controllability and manoeuvrability of the aircraft, together with sufficient aircraft performance, then allows pilot training to continue even in slightly worse conditions, or allows those who for work reasons cannot or do not want to fly only in good weather to fly. These are usually very busy people who come to fly when they can or want to.

A plane with a well established production certified engine, Lycoming or Continental, or a Rotax 912 ULS, S, etc. is most suitable for flight school. Automotive engine conversions can provide unexpected experiences for students and some instructors due to the number of takeoffs and landings.

Easily maneuverable aircraft preferably with mass balance deflecting surfaces (ailerons, elevator). If you have to struggle somewhat with some of the controls, this will not be the most suitable aircraft for basic training. Stiff wrists and cramps in the hands or feet have discouraged many a student from flying. On the other hand, if you can control the full aircraft with two fingers and a loose wrist in turbulent flight, it is a good aircraft.

High crosswind and tailwind limits are very important for a school airplane and for a rental airplane. High limits of crosswinds around 20kt and tailwinds around 15kt will allow you to land and take off in turbulent environments simply because the plane is still fully controllable without special skills and abilities. This really comes in handy a lot of times, especially when the weather takes a drastic turn for the worse, like when crossing mountains. It is generally said that the pilot did not do enough pre-flight preparation when the weather took him by surprise. This is not always the truth. 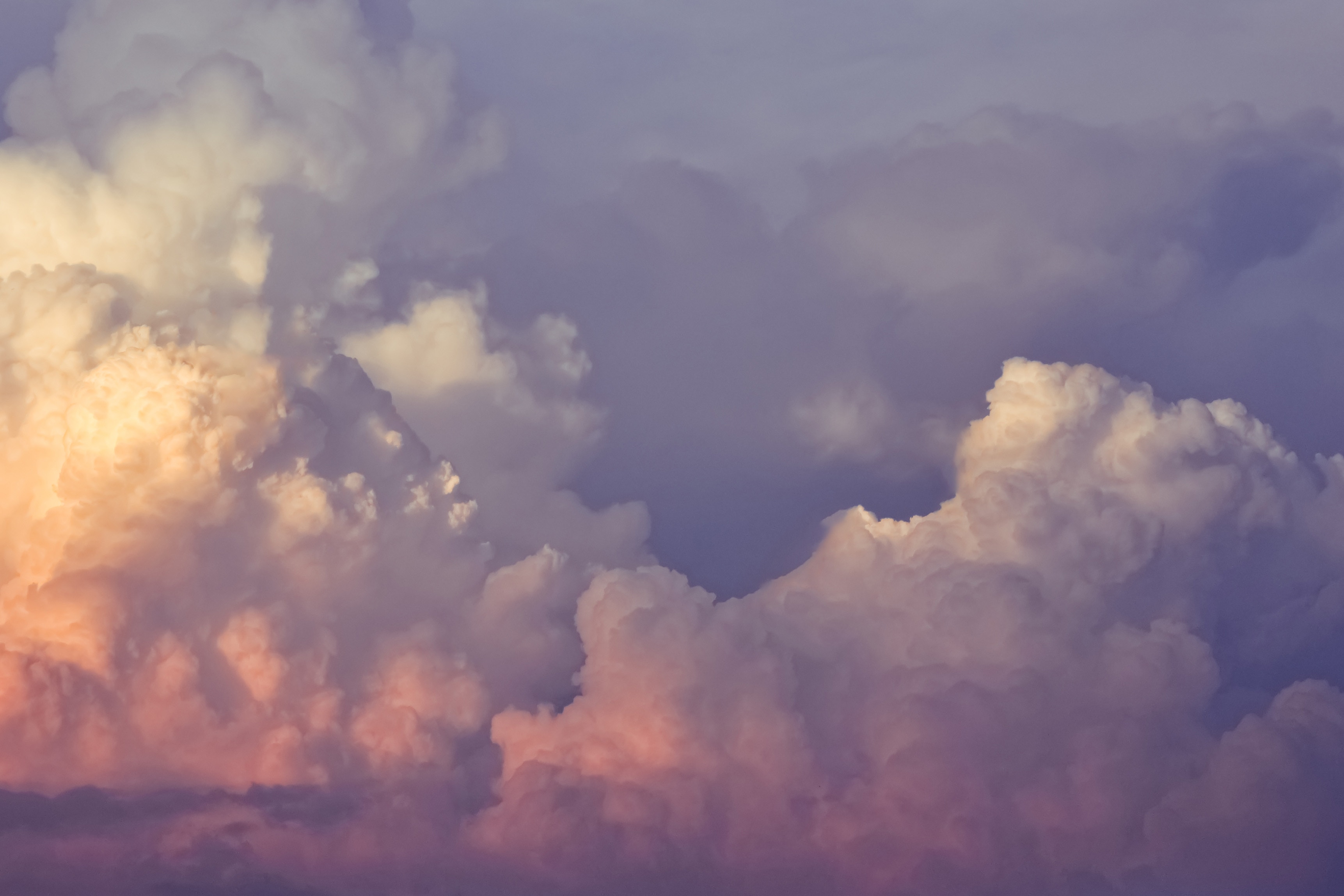 There are exceptions to the rule and experience is only gained through practice. I'd say years of experience. It won't always be perfectly clear to an aviator when he gets his pilot's license. That's the way it is. High maneuverability along with high crosswind and tailwind limits will give you a huge advantage not only in turbulence, wind shear, microburst but also in landing.

Sufficiently strong and robust landing gear for pilot training. The landing gear suffers the most in flight school. An aircraft that is known to have too much weight on the nose gear and that is somewhat flimsy does not make for the most suitable aircraft for school, because despite many warnings about this condition you will too often be dealing with damage to it and even if you don't break it but someone else does, the aircraft will end up in repair and you won't get hurt. Not to mention that someone might accuse you of bringing it up on your last flight. Actually, unless you want to suffer for someone else, avoid this type of UL aircraft entirely! There are at least two such types in CZ from different Czech manufacturers.

A sufficiently powerful plane and a plane that has sufficient limits of tail and crosswind component. A Cessna 150 with a 100hp engine and two guys on board with a half full tank up to maximum takeoff weight in temperatures around 30degrees or more at an airport at 550m altitude is a very, very lazy aircraft. Watching a powered glider - Vivat in the same conditions, I'm not quite sure if flying such a machine is safe anymore, especially when it engine is off after near obstasles.

Someone who moves from a high performance machine to a low performance aircraft may have trouble maintaining speeds in climb angles and turns, and is quite always surprised in turbulence and when landing at shorter airports that they can't get enough help from engine power.

Choosing a flight school that operates two or more aircraft of the same type. 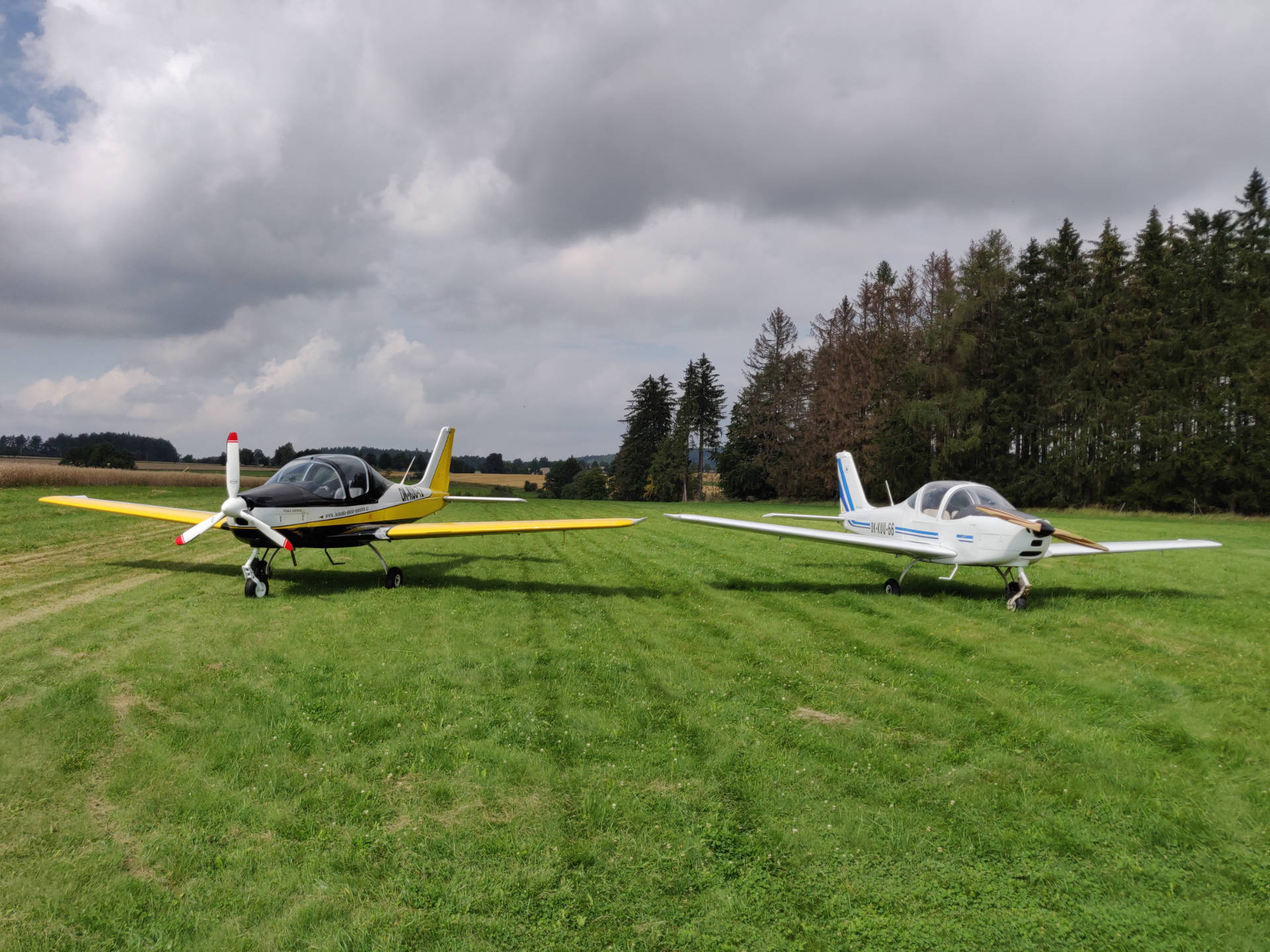 In the event that anything goes wrong with the aircraft at the flight school, you have the option to transfer to a second aircraft of the same type and continue training in that second aircraft. Students do not have to retrain. It is ideal if the instrument layout is exactly the same and the same types of radios and transponders are used - this will greatly help the student's flying psychological well-being on board. It will make it very easy for both partners to work together in the future.

In schools where they only have one aircraft you never know if you will complete your training in a given season. A plane can be damaged and usually takes a long time to be repaired especially if the plane has to be disassembled and taken to a repair service.During the season the aviation repair services are usually full of orders and there is a long wait.

Service at a GA flight school, or a skilled ULL instructor- mechanic.
If you choose a flight school with a service in the case of GA and PPL, or a ULL instructor who is also an aircraft builder in the case of ULL, you will achieve certainty in the operator's interest in the speed of repairs and in allowing you to continue flight training, or aircraft rental, without major delays, which again will be reflected in the comfort on board, because you have not had a long break in flying and have not forgotten a lot of things.

The readiness of the aircraft, in good technical condition, without unnecessary unrepaired components and "INOPERATIVE" stickers also increases the well-being on board.